Kevin De Bruyne is concerned over the potential state of the Wembley pitch when Manchester City take on Tottenham on Monday.

The Premier League leaders make the latest step in their title defence in a crunch clash with Spurs that takes place at England’s national stadium a day after the NFL meeting between the Jacksonville Jaguars and Philadelphia Eagles.

City’s smooth passing game appeared close to its peak in the supreme 3-0 win over Shakhtar Donetsk on Tuesday, but Belgium midfielder De Bruyne acknowledges things could be different against Mauricio Pochettino’s men.

Spurs are just two points behind City within a congested top five after making an impressive start to the domestic campaign despite delays over moving into their new stadium – a situation that caused the problematic scheduling of next week’s match.

“We have played on an NFL pitch before in pre-season and it’s not nice,” De Bruyne told reporters. “It’s going to be difficult.

“I’m not sure how it’s going to be. We hope it will be okay and we can play like we normally do.

“These games [against the other top teams] are the most important ones. We have to go there and show our intent to stay on top.

“They will try to do the same because they are close [in the table and on points]. It’s a big one.” 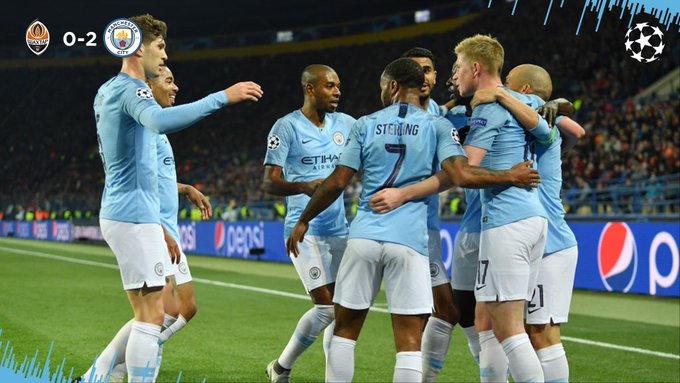 De Bruyne made his first start of the season against Shakhtar after suffering a lateral collateral knee ligament injury in training and City’s 2017-18 Player of the Year has not been surprised to see his team-mates thrive in his absence.

“I prefer to play than be on the sidelines, that’s for sure. I’ve worked hard to get back as quickly as possible and then you try to get back with the rhythm of the team,” he said.

“It went well with the injury. There were not a lot of complications. I’ve worked hard to be back and I’m happy to be here.

“The team have done well without me. Obviously, most were games that we should have won, but we’ve done really well.

“We’ve only lost to Lyon, so we’ve been fine. But, to be honest, I didn’t expect anything less.”