Arsenal should make Aaron Ramsey captain and do everything they can to keep him at the club, according to former Gunners midfielder Jack Wilshere.

Ramsey has enjoyed 10 years at the club after joining from Cardiff City as a teenager, but he is in the final season of his contract and not thought to be close to a renewal.

The Wales international had apparently looked set to sign a new four-year deal, but social media posts – which have since been deleted – from Ramsey’s Avid Sports and Entertainment Group agents claimed early in October that Arsenal had changed their mind.

As a result, Arsenal stand to lose Ramsey on a free transfer at the end of the season, and Wilshere – who is now at West Ham after leaving in a similar situation in July – thinks Unai Emery and the club are making a mistake.

“He’s grown up to be a great player with Arsenal,” Wilshere told the Islington Gazette. “They could do with someone like him. We know what he can do for the club. 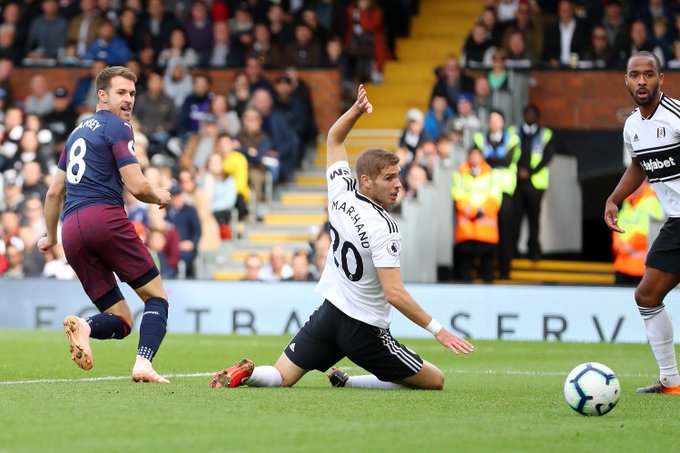 “For me he’s a future Arsenal captain. I know he loves the club. It’s difficult for me to comment on because I’m not there, but I do know he’s a great player – if it was me I know I would want to keep him around.

“He’s a great guy to have around. He’s been at the club so long and knows it inside out. If you look at what he’s done for the club too.

“We went into the first team in the same year. He came from Cardiff and I came from the youth team. We automatically clicked because we were both young and new to that sort of environment.

“I think you’ve got to look at the situation and ask: ‘How many top teams in the Premier League and elsewhere could he get in?’

“And you’d have to say them all – and that speaks volumes about the type of player he is.”