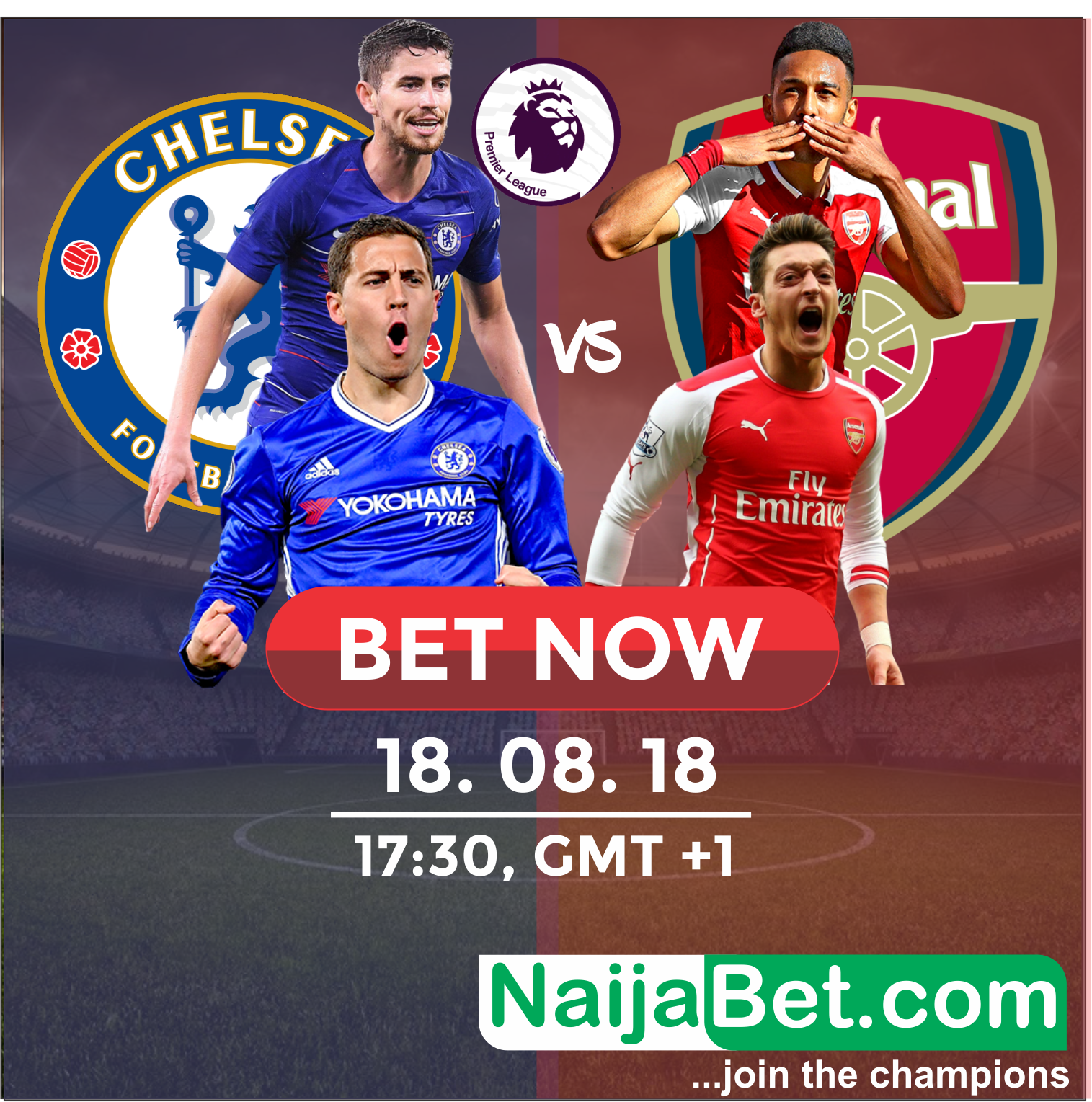 Chelsea got their season up and running with a comfortable 3-0 win over Huddersfield on Saturday. The Blues are unbeaten in nine of their last 10 home meetings, winning seven, so will fancy their chances of putting another three points on the board here.

Arsenal were outplayed in their 2-0 defeat to Manchester City last Sunday and their start to the season doesn’t get any easier with their trip to Stamford Bridge. Unai Emery will hope his side are a little more defensively disciplined than they were against City last week.

However, while Emery will hope for an improvement, Chelsea should inflict further misery upon Arsenal in Saturday’s Premier League game of the weekend. Latest odd for Weekend Games are available on NaijaBet

Chelsea- Cesc Fabregas is carrying a knee injury and joins Izzy Brown and Marco van Ginkel on the sidelines.

It remains to be seen if Mateo Kovacic will feature having missed out on the 18-man squad at Huddersfield, with Ruben Loftus-Cheek in line to start at Ross Barkley’s expense in midfield.

Eden Hazard is expected to start after an excellent cameo appearance last weekend and could replace Willian, though the Belgian may start as a false nine too with Alvaro Morata possibly dropping out.

Arsenal- With Sead Kolasinac and Ainsley Maitland-Niles sidelined, and Nacho Monreal a doubt, Stephan Lichtsteiner is set to make his full debut at left-back.

Laurent Koscielny misses out with an Achilles problem, while Danny Welbeck will be assessed.

Lucas Torreira and Alexandre Lacazette may come in for Granit Xhaka and Henrikh Mkhitaryan, respectively.

Chelsea has drawn 5 of their last 6 matches against Arsenal in all competitions.

Chelsea has kept a clean sheet in 5 of their last 6 home matches against Arsenal in all competitions.

There have been under 2.5 goals scored in Chelsea’s last 3 home games (Premier League).

Arsenal are undefeated in their last 6 matches against Chelsea in all competitions.