Neymar left Barca for Ligue 1 giants PSG in a world-record €222million deal in 2017, but the Brazil international star has been linked with a sensational move back to Camp Nou.

A switch to Real Madrid appeared possible prior to the World Cup, while a return to Barca has hit the headlines with head coach Ernesto Valverde refusing to completely rule out a transfer.

However, Bartomeu insisted Barca have no interest in re-signing the 26-year-old, who has scored eight Ligue 1 goals this season and 11 in all competitions. 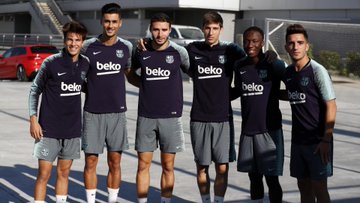 “Neymar will not return to Barcelona. He won’t come back, nor are there plans to bring him back,” Bartomeu told Catalunya Radio.

Meanwhile, Bartomeu revealed Valverde’s contract does not expire until 2020 amid doubts over the coach’s future.

It had been believed that Valverde’s deal was set to end at the end of the season, with the 54-year-old unfazed about his contract situation.

But Bartomeu said: “Valverde has a contract for this season and the next one, as we signed a three-year deal with a clause through which the club or the coach can end the agreement in advance by paying a certain amount. How much? That is confidential.”

Barca are a point clear atop LaLiga as they prepare for Sunday’s Clasico against fierce rivals Madrid, not before hosting Inter in the Champions League midweek.