Unai Emery would not entertain talk of Arsenal being title contenders after a seventh successive Premier League win lifted his team into the top four.

Although Hector Bellerin’s own goal gave Leicester City the lead at Emirates Stadium on Monday, Arsenal hit back to win 3-1 with Mesut Ozil in fine form.

Ozil swapped passes with Bellerin to equalise before the break and was then instrumental in creating a quickfire brace for Pierre-Emerick Aubameyang in a five-minute spell after the forward’s introduction from the bench.

A 10th consecutive win in all competitions has led to suggestions Arsenal could challenge for the title, with the Gunners moving to within two points of leaders Manchester City and Liverpool.

Emery, though, refused to get carried away when asked whether Arsenal can consider themselves contenders having beaten Leicester to record their longest winning run since 2007.

“We need to be calm,” Emery told a news conference. “For us it’s very important to beat Leicester because they are behind us but near [in the table].

“We are also looking at the teams in front us like Liverpool, Manchester City and Chelsea.

“We were controlling the match and finding the chances to score. The first 30 minutes was a difficult moment.” 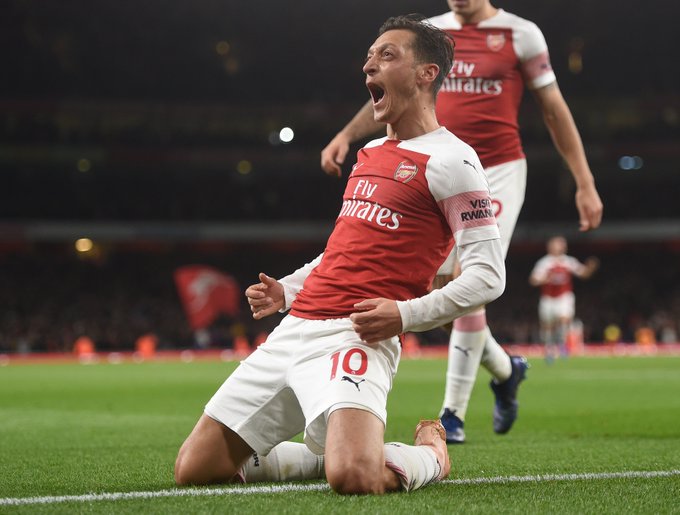 Ozil earned a standing ovation for his match-winning performance having justified Emery’s faith in making him one of five Arsenal captains.

“Very important,” Emery said of Ozil’s leadership qualities. “I think we have a lot of players in the team with this capacity.

“We have captains. He can play every match with his commitment with or without the armband.” 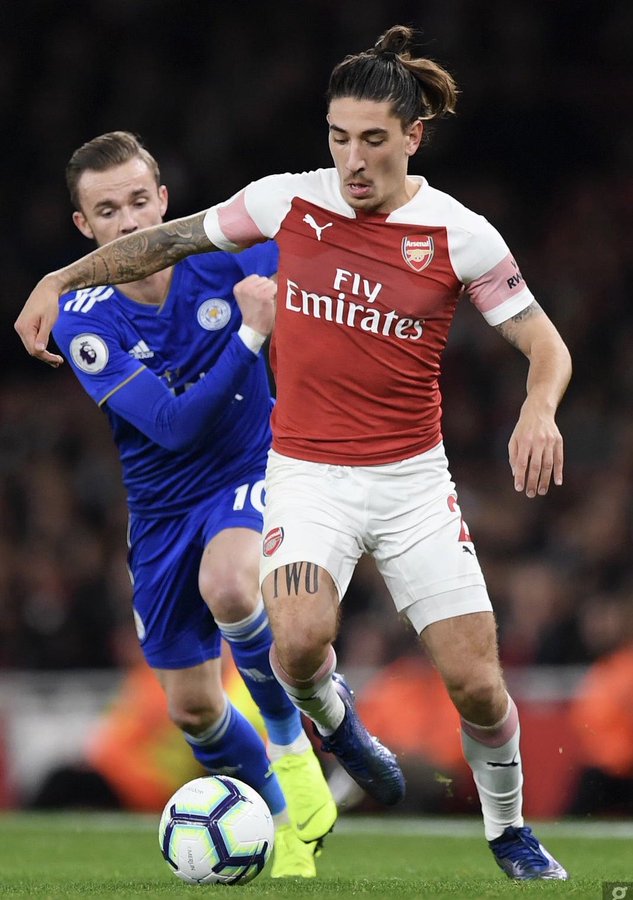 Nacho Monreal, Sokratis Papastathopoulos and Sead Kolasinac all missed the Leicester win, meaning Stephan Lichtsteiner filled in at left-back and rookie Zech Medley was on the bench for the first time.

Arsenal move on to Europa League action on Thursday, facing Sporting CP in the Europa League, with Emery upbeat Arsenal’s defensive injuries could clear up in time.

“Sunday was a bad day for injuries,” Emery added. “Two in the same position like Sead and Nacho had a small problem. This morning they were not good to play.

“I hope they can play against Sporting. For Sokratis, he can stay for Thursday, with a lot of matches in a few days it’s important they rest.”