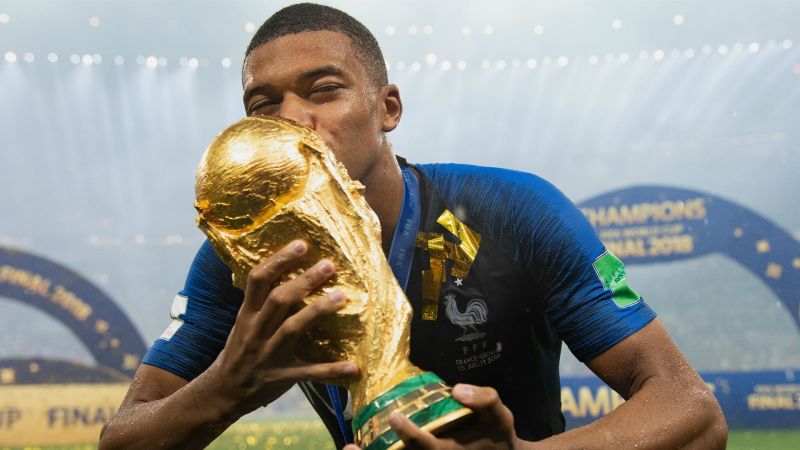 Persuading Kylian Mbappe to leave French champions Paris Saint-Germain and join Liverpool is on the agenda for Reds recruit Fabinho.

Brazilian midfielder Fabinho swapped Ligue 1 outfit Monaco for Liverpool in a deal reportedly worth €50million in the close-season.


Now Fabinho wants former Monaco team-mate and World Cup winner Mbappe – who has committed his future to PSG amid links with Real Madrid – to join him at Anfield.

Mbappe took Russia 2018 by storm, the 19-year-old sensation scoring four goals to claim the best young player of the tournament.


“He [Mbappe] has already said this season he will remain at PSG, but I will try slowly to convince him to come over,” Fabinho said.

Fabinho and Mbappe played together in 2016-17 as Monaco upstaged PSG to win Ligue 1.

Mbappe departed Monaco last season and spent the campaign on loan at PSG, where he won the domestic treble.

With both players now plying their trades away from Monaco, Fabinho revealed he was congratulated by Mbappe following his move to Merseyside.

“Kylian Mbappe sent me a text message congratulating me for coming to Liverpool. Unfortunately I have not had a chance to congratulate him for what he did during this World Cup,” said Fabinho.

“What France did was fantastic. What Mbappe did in two years of professional football is amazing. He is a phenomenon and needs to be congratulated, and as soon as I have the chance I will.”