Jose Mourinho is “totally different behind the scenes” and will let Manchester United‘s stars relax in the international break after their win at Burnley, according to Romelu Lukaku.

The Belgium striker scored both goals as the Red Devils secured a 2-0 victory at Turf Moor to bounce back from consecutive defeats to Brighton and Hove Albion and Tottenham.p at half-time, although a missed penalty from Paul Pogba and a Marcus Rashford red card made the closing stages of the second half a little more anxious.

Mourinho was serenaded by the visiting supporters after the final whistle and made his appreciation clear at the end of a game that was preceded by a plane flying over Turf Moor bearing a banner protesting against the club’s executive vice-chairman Ed Woodward.

It was another show of support from the fans during what has been a turbulent start to the season, in which Mourinho has regularly clashed with the media and reportedly fallen out with some key players.

Despite his often abrasive public attitude, Lukaku insists Mourinho will allow his players to “switch off” in the next two weeks after an encouraging display. 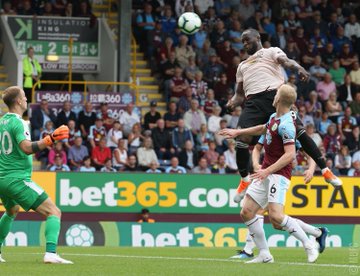 “That was really big. In the last game we started well but didn’t take our chances. This time, we did,” he told BBC Sport.

“We knew we had to grind out the result in the second half. We have character and we need to be more like that.

“The last game against Tottenham, we were disappointed. Today, we did score and we have to keep winning to try and catch the teams above us.

“Now we go into the international break and can switch off a bit. The manager has time to analyse our performances for the rest of the games in September.”

When asked if Mourinho would let them, Lukaku replied: “Oh yeah. He’s totally different behind the scenes and he’ll allow us to.”

Do you have what it takes to make cool cash from sports betting, Ok good?

See the best betting website in Nigeria and join them via the link…. bit.ly/2vkx6DE