David de Gea does not listen to “stupid things” critics say about his performances for Manchester United and Spain.

The goalkeeper came under fire during the World Cup, making just one save for his country at Russia 2018 while a bad mistake allowed Portugal captain Cristiano Ronaldo to score in a 3-3 draw.

De Gea has rediscovered his form since returning to United for the 2018-19 campaign, although he has only kept one clean sheet in five Premier League matches so far.

And the 27-year-old, regarded as one of the finest keepers in the world, made it clear he is not bothered about opinions from outside his club.

“Normally, I don’t listen to people who speak about me and focus on my job to help the team and improve,” De Gea told reporters.

“I never listen to stupid things that they say.” 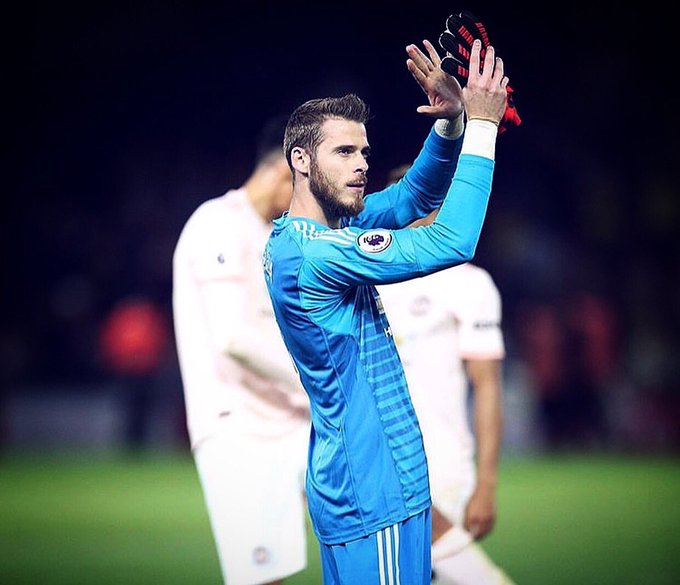 United open their Champions League campaign away to Young Boys on Wednesday, with De Gea facing the challenge of playing on an artificial pitch at Stade de Suisse.

Jose Mourinho’s side suffered a shock exit to Sevilla in the round of 16 last season but are targeting a first Champions League title since 2011.

“We’re not used to playng on artificial grass, it’s going to be be a bit different,” De Gea added.

“More difficult for us, we train today, see how the ball goes and we try to play our football here. We know it’ll be tough.

“Of course, we want to improve. The Champions League is always a special competition. It’s a long time since Manchester United won it, we’re ready to do it.

The boss on Young Boys’ artificial pitch: “I don’t want to use that, especially before the match, as a possible excuse for a not very good performance. Everybody knows that it’s different. We just need to go with everything we have and try to win.” #MUFC

Mourinho has suggested De Gea will soon commit to the club by signing a new deal and the goalkeeper confirmed he is “very happy” at United.

“Well I feel loved in this club, with the fans,” De Gea said. “I’m very happy in this club, one of the most famous in the world, and I’m really happy to be a part of this club.”